I live in Royse City Texas, a small town northeast of Dallas. Born and raised there, it’s the place where I met my beautiful wife Naomi. Together in 2005 we were blessed with our son Cruz who continues to rock our world.

In early 2002 while selling Chrysler cars for a nearby dealer, a huge hail storm came through the area and covered all the cars on our lot with dents. I had never seen a storm like that, nor did I realize that that storm would be the beginning of my future. A company out of Dallas came in and set up shop and started repairing all the cars on our lot and cars of our customers. I was amazed and intrigued by how they were able to repair all of the dents and not have to paint the cars.

I quickly became friends with the owner of the dent company and began to ask lots of questions and observed him and his employees as much as I could. I wanted to know how it worked and how I could get into his industry. Soon after, he asked if I wanted to join the team and told me that he would take me under his wing and teach me the paintless dent repair business. We worked together in the Dallas area as well as traveling around the country following hail storms.

That became the beginning of my journey and I have never looked back. I loved getting to see new places and meeting new people. But, what I realized got me really excited was getting to help people get their cars back in shape after the hail storms. I enjoyed seeing people be amazed at how their car could be restored… that was so awesome!

Over the following five years I worked hard to hone my skills and ended up managing a hail damage repair team where we chased storms around the country in cities and towns that were impacted by hail damage. After 5 + years of working together, the crew that worked with me and I decided we wanted to brand ourselves and put our own personal touch on revolutionizing the paintless dent repair industry. That is how Prestige, Inc. was formed back in 2008.

I believe we are building one of the best Paintless Dent Repair companies in the country. Over the past several years we have assembled one of the best and most talented groups of technicians in the industry giving our customers unmatched service and repair.

Ever since I was a little kid I have been a people person. I always enjoy conversation with just about anybody and that has brought me a long way in both in business and in life. I look forward to getting you meet you and to restoring your hail damaged vehicle.

In 1990 while working for my father who owned several new car dealerships in Nachez, MS we heard of a process of removing dents called paintless dent repair. At the time it was still a secretive process and very few people knew of it so we were somewhat reluctant to share the art of the repair with others. My father and I were intrigued by it and wanted to utilize the process with our car dealerships so we bought into it and I learned the art of PDR.

For the most part I was self taught and because at that time there were no PDR tool companies that manufactured tools for us I was forced to make a lot of my own tools. In 1992, after just two years into the business I had gained a great reputation in the area and was offered a position in New Orleans at a local Dent Shop. It was the first of its kind in the area where they specialized in dent repair on just about anything. While there, we repaired dents on everything from door dings and creases on vehicles to dents on elevator doors to a dent on an antique banjo to airplane wings to exotic cars and everything in between. Everyday brought in a new challenge and those challenges helped shape me into the PDR master technician I am today.

Over the next 14 years I helped manage and shape that dent shop in New Orleans and turned it into a very successful and sought after PDR business. In 2000 New Orleans was hit by a huge destructive hail storm that blanketed most of the city. Over the years repairing hail damaged vehicles I had never seen that many damaged vehicles at one time. In the 9 months following that storm we were extremely busy and overwhelmed and it opened my eyes to paintless dent repair business in a whole new way. I wanted to repair hail damaged vehicles from that point forward and the only way I knew to do that was to chase and follow the storms around the country.

In 2003 I left New Orleans and hit the road following the storms. For the next few years I worked for several mobile dent repair companies where I gained an appreciation for what it took to be successful as a mobile hail repair company. During that time I crossed paths with hundreds of other people in the industry but only a few of them stood out to me as the guys I could see myself working with long term.

In 2005 I settled-in with a company where I met Bud Elliott, and also hooked back up with Justin Fowler and James Jr. We all shared the same vision and talked from time to time about going into business for ourselves. We discussed how we could and would change the way that the retail public would see and view a mobile PDR business like the one that we wanted to create. In 2008 after working for a company that we all had been with for several years the four of us decided that we were ready to venture out on our own and build a business that would set itself apart from all our competition.

Prestige Inc. was born and today we feel like we have molded ourselves in a way that is unique and better equipped to repair hail damaged vehicles than all other PDR companies. With all the right pieces in place, we are now able to give our customers service and repair that speaks for itself. We look forward to serving you by restoring your vehicle after being damaged by hail. Thank you. 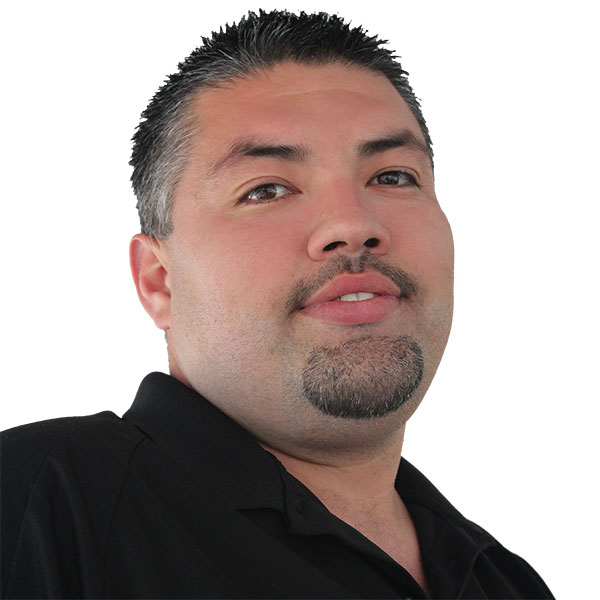 I have been around the paintless dent repair (PDR) industry since the late 80’s and I specialize in repairing vehicles with damage from hail storms, door dings, and small dents. I grew up working for my Dad who helped pioneer the whole paintless dent repair process and learned my craft from the master. Since 2000 I have been repairing hail damaged vehicles full time.

When friends of mine in the industry and I decided to build a new business together, we started Prestige to help build the most experienced team in the PDR industry. I feel I have become a true master of my trade and love to use my experience to restore people’s hail damaged vehicles. It is so cool to take a really messed up car and then return it to the customer all fixed up.

Hopefully I will be given the opportunity to fix your car that has been pounded by hail. I know my experience will provide the very best solution. Thanks.

My wife and I live in Greenville, Texas about 30 minutes outside of Dallas. I was born and raised in Baton Rouge, La but moved to the northeast Texas area after I graduated from school. I met my beautiful wife Rebecca in 2009 and we have three grown kids Allison, Trevon and Kaden that even though they are grown continue to keep us on our toes.

I started out in 1992 in the car business and continued to advance by career from selling cars all the way to part owner of a dealership for 26 years, and Rebecca worked in the dental field for about 15 years managing several dental offices. About 10 years ago we met our now partners and was intrigued with how the repair process was done fixing hail damage on automobiles. Over the next few years following that friendship we started to get involved with the business and training our daughter Allison to work in this business.

Well I guess you can say the rest is history, my wife and I enjoy traveling to new towns, meeting new people, and seeing people’s automobiles getting restored back to their original condition which still amazes me to this day!

I love to see how our team is growing, adding more mobile hail repair locations every year so that we may be able to help more people get their vehicles repaired by a team that cares about the customer and takes pride in the work that is performed!